Sr. Counsel James S. Brady, Esq. Honored as a Professional of the Year by Strathmore’s Who’s Who Worldwide Publication 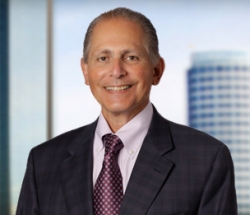 Grand Rapids, MI, June 02, 2017 –(PR.com)– Sr. Counsel James S. Brady, Esq. of Grand Rapids, Michigan has been honored as a Professional of the Year for 2017 by Strathmore’s Who’s Who Worldwide Edition for his outstanding contributions and achievements in the field of law.

About Sr. Counsel James S. Brady, Esq.
Mr. Brady is Senior Counsel at Dykema, which is a law firm in Grand Rapids, Michigan. He is the Office Managing Member of the Firm’s Grand Rapids office and is a former leader of the Firm’s national Government Investigations and Corporate Compliance practice area. His practice is concentrated in the areas of business and commercial litigation, white collar investigations, criminal law, health care fraud and environmental and energy law. Mr. Brady represents clients from various business entities, executives, medical professionals and other individuals in criminal matters involving a wide array of corporate, government and individual crimes.

After obtaining a B.S. from Western Michigan University, Mr. Brady obtained a J.D. from the University of Notre Dame in 1969. He previously served as the Chair of the Criminal Law Group at the Miller Johnson law firm. He was as an Adjunct Professor at the Thomas M. Cooley Law School. Mr. Brady also has lectured for the National Trial Lawyers Association, the University of Michigan Law School and ICLE. He served as a U.S. Attorney for the Western District of Michigan for four years where he was involved in white-collar criminal matters involving fraud, embezzlement, grand jury investigations, money laundering and counterfeiting.

Mr. Brady is “AV” rated by Martindale-Hubbell, and is listed in “The Best Lawyers in America” for First Amendment law, business litigation, commercial litigation, criminal defense, non-white collar criminal defense, and white-collar criminal defense. He is also recognized as a Michigan “Super Lawyer” for criminal defense. He is the 2015 Recipient of the Distinguished Alumni Award at Western Michigan University, and the 2015 Recipient of the Marion Hilligan Award from Western Michigan University’s Cooley Law School. Mr. Brady was named “Lawyer of the Year,” Grand Rapids, for Criminal Defense-Non-White Collar by Best Lawyers for 2015. He was named a Michigan Leading Lawyer in the areas of Commercial Litigation and Criminal Defense: White Collar Law by the Leading Lawyers Network from 2014-2016 by the Law Bulletin Publishing Company. He is also listed in “Who’s Who in America” and has been featured in several news articles.

About Strathmore’s Who’s Who Worldwide
Strathmore’s Who’s Who Worldwide is an international advertising, networking and publishing company based in Farmingdale, New York. They are proud to be able to satisfy their clients and continue to have repeat clientele due to their longevity and pride in their products and services. The Owners strive to connect business professionals to enhance their contact base and networking capabilities so they can get the acknowledgment and publicity within their industries and beyond. The Strathmore family has been providing these valuable services for over two decades. They target executives and professionals in all industries to be featured in their publication and on-line directory. Industries include business, law, education, healthcare and medicine, fine arts, IT, government, science, real estate, entertainment and many more accomplished fields. Professional profiles are listed in an annual hardcover journal and in a detailed, searchable database on the website www.strww.com.