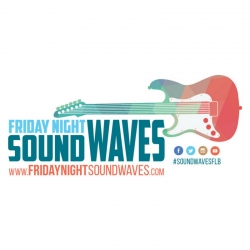 Fort Lauderdale, FL, February 21, 2018 –(PR.com)– Fort Lauderdale continues to prove itself as one of South Florida’s top music destinations with the release of the 2018 Friday Night Sound Waves artist lineup. Filling the gap between the area’s largest music festivals, Tortuga Music Festival in April and Riptide Music Festival in December, the 8-month long series brings together a community of locals and visitors from around the globe, every Friday night. Now in its 3rd year, the free concert series, which takes place steps from the sand and under swaying palm leaves, returns to their home on March 16, 2018 at 6:00 pm, at the self-proclaimed “Fort Lauderdale Beach Hub,” at Las Olas Boulevard and A1A.

Widely recognized not only for the quality of artists performing, but also the wide variety of music genres, the series attracts an equally diverse audience at the family-friendly, weekend starting event. Filling beach chairs and blankets, and lining the beach’s landmark wave wall, the area comes alive with music, smiles and dancing as the day goes from sunshine to moonlight.

“We take great pride in the eclectic mix of artists we present each year,” said Arianne Glassman, producer of Friday Night Sound Waves. “South Florida has such a wealth of talent and something for every musical taste, and we have come to realize the old saying, ‘music has no language’; it attracts an audience as diverse as the songs played.”

Organizers, who also put a strong emphasis on giving a platform to original singer-songwriters, and breakout bands doing their own thing, proudly welcome back fan favorite Shauna Sweeney debuting her new project, Young Trees and the acoustic-rock band SOSOS, along with series newcomers, Guavatron, Josh Miles & The Sweets, The Tito C Three + 1 and Fireside Prophets. Another up-and-coming artist making a debut is alt-rock, country cowgirl Edan Archer. Series sponsor Southwest Airlines® came across Edan last year when she was selected as one of six finalists in their “Artist On The Rise" contest to compete for an opening slot at Red Rocks Amphitheatre. Edan, and her band, The Resolve, will perform during the Country Music Weekend tribute on Friday, April 6.

As in years past, South Florida’s national and internationally touring talent are represented, with performances by Oriente, Valerie Tyson, Pamir Guanchez, and Danny Garcia.

If the eclectic mix of bands were not enough, the organizers commitment to keeping every night fresh, will present theme nights and partnership performances.

“We have some great partners in this endeavor, from our major funding partner, the City of Fort Lauderdale BID which is made up of all the businesses along A1A, to our major series partners Southwest Airlines, The Greater Fort Lauderdale Convention and Visitors Bureau, radio partners 102.7 The Beach, 104.3 The Shark and 101.5 Lite, which make up the Entercom South Florida family, and Florida Power & Light,” shared Glassman. “But it’s also the partnership with the Community, City, Private Event producers and local Non-profits, which make this series so unique.”

In a night packed with more talent than one would think could fit on a stage, Chicago-Blues Rocker, Joel DaSilva has coordinated a friends Jam, featuring drummer, Keith Crupi, Bass guitarist, Robert Sherber, the Bad Apples Brass Band, Sturgis and Mandy Nikides (Low Society Band), and Josh “The Bulldog of Blues” Rowand, as a benefit concert for HandsOn Broward.

South Florida’s favorite oldies band, The Fabulons, will headline the June 15, 1950’s music night performance, which will include a choreographed band break dance set, in honor of the 40th Anniversary of the release of Grease: The Move™. To usher in the first day of summer on June 22, Gypsy Lane will heat things up at The Hub with a Disco Inferno 1970’s Dance party. Orange Sunshine rounds out the decade nights, performing the great Classic Rock hits from the 1960’s era, while students from School of Rock West Broward, Coral Springs and Pompano Beach take across the ages and up to today’s popular hits, with their June 8, Schools Out For Summer performance.

Collaborating with organizers of the FORD Lauderdale Air Show once again, Friday Night Sound Waves will host the official Air Show weekend kickoff concert (May 4), to welcome the pilots and performers. Headlining the evening is Turnstiles, who so faithfully recreate the music of Billy Joel will bring the casual listener as well as the hard core “Joel fan” to their feet. Closing out the unofficial end of summer over Labor Day weekend, The Boss Project brings an All-American vibe with the music of Bruce Springsteen.

Friday Night Sound Waves takes place every Friday night, March 16 through November 2 from 6:00pm – 9:00pm at The Fort Lauderdale Beach Hub at Las Olas & A1A, 300 S. Fort Lauderdale Beach Boulevard. The family-friendly event, sponsored in major part by the beach business community, is free to the public and open to all ages. For those unable to attend in person, the Greater Fort Lauderdale Convention and Visitors Bureau will broadcast select dates throughout the series live on www.Facebook.com/VisitLauderdale, as well as Hello Sunny TV, viewable on AppleTV Gen4 and www.Sunny.org/TV. 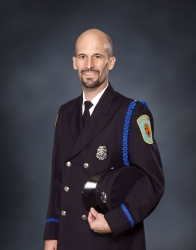 Yuks TV 24/7 #Livestream Channel is on the Air