British Swim School, best known for its education of water safety as an essential survival skill amongst a fun and gentle environment, continues its expansion with a new pool location in the city of Weehawken. The New Jersey addition officially opened to the public on January 30th, 2018. This location marks the 4th British Swim School franchise in the Hudson County, NJ market after Secaucus, Bayonne and Jersey City.

The location will be run by franchisee Robert Stapf, who immersed himself into the British Swim School franchise system to improve the level of water-safety training in this underserved community. With so many kids in the area who can’t swim, Robert wanted to fill the void for high-quality lessons.

“According to the CDC, drowning is the number one reason of accidental death for children under the age of 5,” said Robert Stapf, the British Swim School franchisee. “Parents buy car safety seats for their kids, but they don’t always think about swim lessons – which is even more important. We are here to raise awareness and change that.”

British Swim School offers a two-step curriculum teaching children and adults of all ages, some as young as three months, water safety and survival skills, along with swimming skill development. While parental supervision is always the number one safety measure, research shows that participation in formal swim programs, such as those offered by British Swim School, can reduce the risk of drowning by 88 percent among children who are most at risk for deaths caused by drowning.

The British Swim School franchise concept operates a unique water safety program with teaching methods that serve as a trademark for the brand. The company offers lessons out of multiple national fitness chains and hotel pools year-round, based on the premise that children progress at different rates. Each child, regardless of age, is placed in their correct skill level and will have certain achievable objectives. British Swim School operates in nearly 200 schools in 20 states within the U.S., and holds nearly 12,000 lessons per week nationally, and conducted nearly 600,000 swimming lessons in 2017. 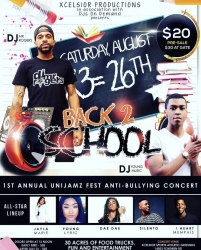